The magic of the reggae feel: Making you move!

What is it about reggae music that just makes your head swing and your feet want to move? the secret lies in that the top reggae producers use the best drum samples to simply get you into the groove man! 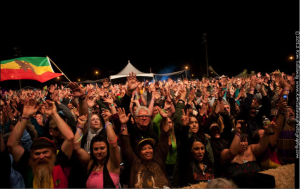 How come it seems that almost everybody bounces the same way as soon as a solid reggae song is played? What exactly is it that triggers us, time and time again?It is the rhythm of the drum samples, the feel or the swing , if you may.

While these words can actually mean different things, they’re often used interchangeably to describe how a piece of music affects your eagerness to start moving to it. Of course, how certain rhythms or feels affect you is personal, and it might be different to how others are experiencing it. But, there are some principals and lessons to be thought that can clear up mythical concept of swing.

First of all, let’s go back to the core of all music: time signatures and beat variations. The most easy and well-known one is quadruple time, or 4/4. It is used in most pop songs. This is an example:

But within this 4/4 time, huge variations of feel are possible. The two most significant approaches to the 4/4 time are ‘straight’ and ‘swing’ rhythm in drum samples.

The straight one, is as you could probably guess, the most straightforward and the Red Hot Chili Peppers’ song is a nice example.

The swing approach is more difficult to explain. It is mostly found in jazz and sounds something like this:

As you can hear, you can still count to 4, but the feel is really different (and it probably makes you want to move or at least nod your head to the free drum samples). This is because the offbeat notes (every second and fourth note) are played as if they were part of a triplet and hence, they are slightly delayed. Essentially this is what makes music that is played in swing so danceable.

Now we’re back at reggae. Because what makes reggae so danceable and addictive, is the fact that reggae combines the straight and the swing approach!

In reggae music, every second and fourth note are slightly delayed, just as in swing music. However, the delay usually tends to be less strong in reggae songs as in music with the pure swing approach. In addition, reggae also tends to have more emphasis on the first beat, as opposed to many songs in swing.

This is exactly what makes reggae music so attractive to such a wide scale of different audiences.

Because of this unique swing, reggae songs are a popular target for hip hop producers that are looking for samples. One of my personal favourite drum samples usage is Talib Kweli’s: ‘The Perfect Beat”:

which contains a sample of “Do It Twice” a beautiful song by Bob Marley and the Wailers:

Another example is the famous song A Milli by Lil’ Wayne:

which contains a sample of a tune by A Tribe Called Quest that was turned into a reggae/dancehall track by a young Fatboy Slim. What was sampled is a part of the ‘toasts’ by a DJ, which is typical for dancehall tracks

The producer (Bangladesh) took the vocal toast, pitched it down, put some heavy 808 hip hop drum samples on top, and created a banger!

But it is not only hip hop producers that try to make use of the unique characteristics of reggae music. Dance producers like to do the same thing. A great example is the house remix of Bob Marley’s Sun Is Shining

So, we can definitely conclude by saying that reggae was, still is, and will be a great source of inspiration for loads of people across our planet, and if you are producing reggae music use the best free drum samples you can find!

What is up my reggae friends?